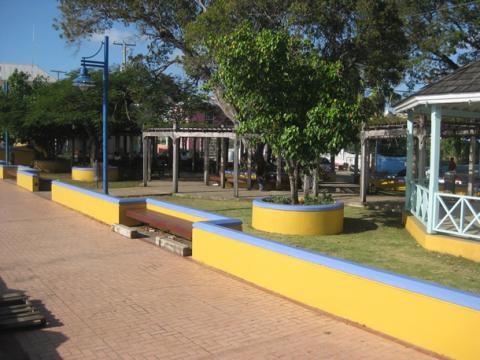 In May 1941, fire destroyed four or five buildings between Orange and Sand Street in Speightstown. These were never re-built, as Government took over the land and the Esplanade, and maybe a part of the Public Market, now occupies this area.

A bandstand was erected and development and concerts were held there periodically by the Royal Barbados.

In 2004 the Barbados Tourism Investment Inc refurbished the esplanade and its surroundings.

The refurbishment commenced in 2004 & included the construction of a gazebo and entertainment dais, a refurbished seating area and washroom facilities.

The refurbishment work was completed and the facility handed over to the Commission in February 2006.