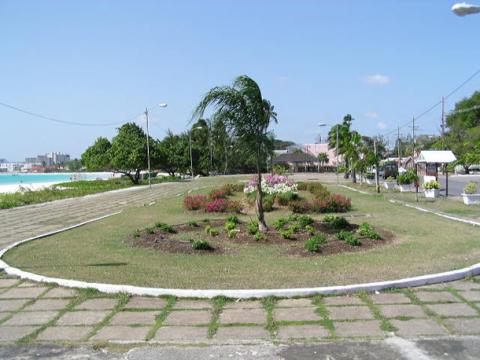 It was the Honourable E.T.Grannum who introduced a Bill into the House of Assembly to purchase this land, including the section now occupied by the Ministerial Buildings. This was known as the “Bay Street Improvement Act” and became Law of the 26th April 1890. The land was purchased but was rented to the owners of the house for some years.

In 1904 it was proposed to erect a Police Guard at the Southern end, now the Police Boys’ Club, and the row of Cabbage Palm trees were planted by Mr. John R. Bovell. There were many debated as to who was to look after its upkeep – the Government or the Vestry. The latter refused, until proper breakwater was erected. The Bandstand was erected between 1918-1919.

The Civil Circle, an Association of Ladies who did voluntary work, came to the rescue, and it was opened on the 14th December 1929. It was taken over by the Parks and Beaches Commission, re-conditioned and re-opened on the 10th February 1972. To the north of the Bandstand there is a Memorial Drinking Fountain, designed by Lady Carter and unveiled in 1936 by Lady Young, to the memory of Miss Margaret Packer. M.B.E.