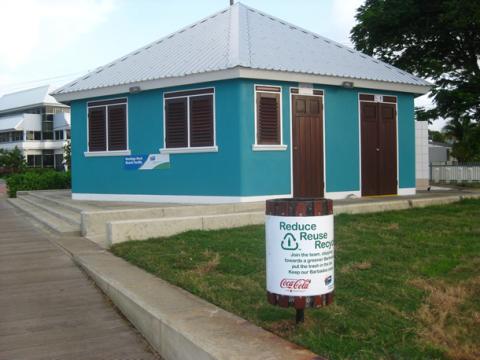 The War Department owned the land from Dayrells Road to the sea at Hastings.An ex-patriot, Mr. Edward Carpenter, Manager of the Colonial Bank, now Barclays International, secured a lease from the War Department for the section now known as Hastings Rocks, and within a few months, converted the section of useless rab land into the beautiful “Rocks” of today.

Hastings Rocks remained under the control of a “Rocks Committee” for about one hundred years, even after it was purchased by the Government in December 1905. However, it was taken over by Parks and Beaches Commission renovated and re-opened on the 19th February 1971, and is now opened to the public.

This venue has become increasingly popular over the last ten (10) years particularly for the hosting of fairs, birthday parties, socials and wedding receptions.