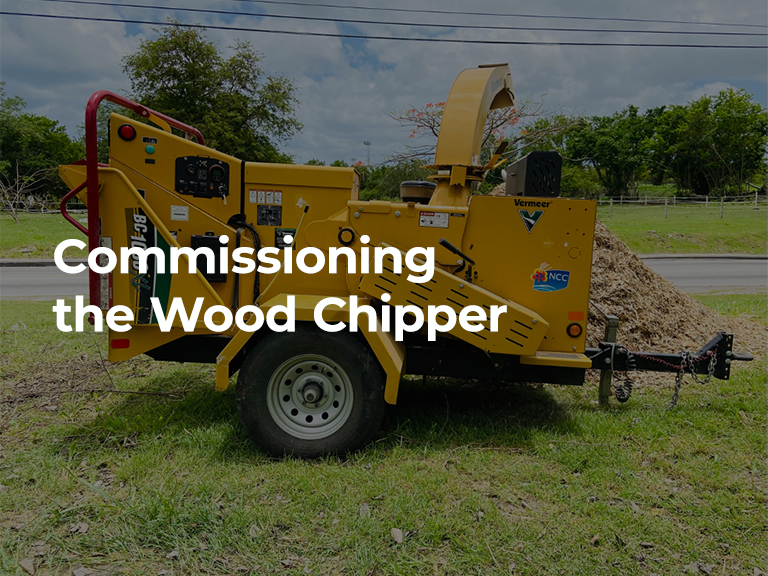 The National Conservation Commission (NCC) acquired an invaluable asset in the form of a commercial-grade wood chipper.

The versatile Vermeer BC1000XL chipper, which became operational last month at NCC, boasts of having the patented SmartFeed system that increases the operator’s productivity while reducing the strain on vital engine parts. NCC’s Technical Officer, Carlos Gilkes said that the best way to operate the wood chipper is to ensure trees are cut into logs before insertion for processing and to have a truck is in close proximity to store the chipped wood.

“The wood chipper has a rotational chute, which we position directly into the truck that will transfer the wood from the chipper to the truck,”

“From a safety and operational standpoint, we use a net to cover the chute, which will also cover the truck, and this will eliminate the flying debris leaving the work area and causing inconvenience to neighbouring properties or vehicles in close proximity” he explained.

It is ideal to have at least one truck on-site, Gilkes added, to ensure all of the chipped wood is loaded before the operators leave the property.

The result of the wood chipper’s operations is compostable material such as mulch, which is chemically treated and available at NCC’s Garden Shop for the affordable price of $10.00 per bag.

“The wood chip material can be used as animal bedding for chickens and as mulch in landscaping designs. With the mulch, we painted it in various colours and added it to garden beds to keep them damp and reduce the volume of water used for irrigation,” Gilkes explained. NCC’s Carlos Gilkes pointing at the output chute
of the wood chipper. (Picture by NCC)

The ECOIDLE engine control system of the wood chipper is one of its greater features that enables the processing of numerous trees on a daily basis.

While Gilkes credited the Vermeer’s technology for its efficiency, he said the processing volume depends on the types of trees at each location.

“We can look at one acre of land and probably get through half of it if there are hard trees such as the Mahogany tree but with softer trees, we can get through the whole acre in one day,” he explained. For the softer trees, such as flamboyant or palms that are 12 to 15 feet in height with a girth of two to three feet, Gilkes said that their logs can take about an hour and half to be chipped.

“Comparatively, the stronger and harder trees like the mahogany of the same size can take at least four hours, just because of the sheer hardness of the wood,” he added.

Due to the volume of wood chips from the larger trees, Gilkes said they ensure that about three to four trucks are on hand for a seamless loading process to transport the chipped wood.

Before the wood chipper became operational, Gilkes said the Commission was required to examine personnel safety.

“We had to make sure that our three operators had the requisite gear such as the face shields, ear protection, elbow guards, gloves, coveralls, as well as chain saws to cut up some of the trees that they will encounter,” he added. Gilkes explaining the intricacies of the wood chipper’s operations. (Picture by NCC)

While the full safety kit is critical, Gilkes singled out the ear protection due to the high volume of noise generated from the wood chipper’s operations.

“We also try to ensure that we use best practices for the staff and they have all of the correct safety gear at all times for protection because Lord forbids if an accident should occur, the gear will minimize the likelihood of them sustaining injuries,” he said.

Gilkes commended the current operators for their commitment and dedication and hinted at the expansion of the operational team to sustain the Commission’s efforts.

“From a good operational standpoint, we will probably need about six or seven persons to form the wood chipping operations team and ensure it operates on a consistent basis,” he added.

Equally important for Gilkes is the safe operation of the wood chipper as the machine works across the length and breadth of Barbados.

“In areas where there is traffic and buildings, we will cordon off the area while the wood chipper is in operation to stop persons from coming close to the machine. We will also use NCC signage, road cones and personnel to give instructions where necessary,” he said. 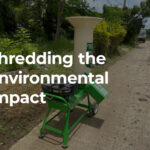 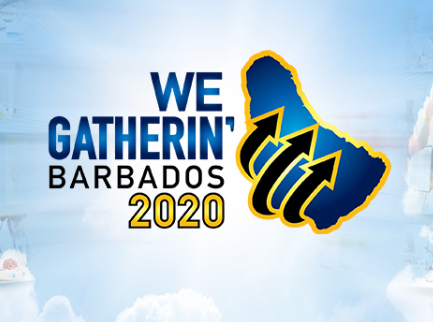